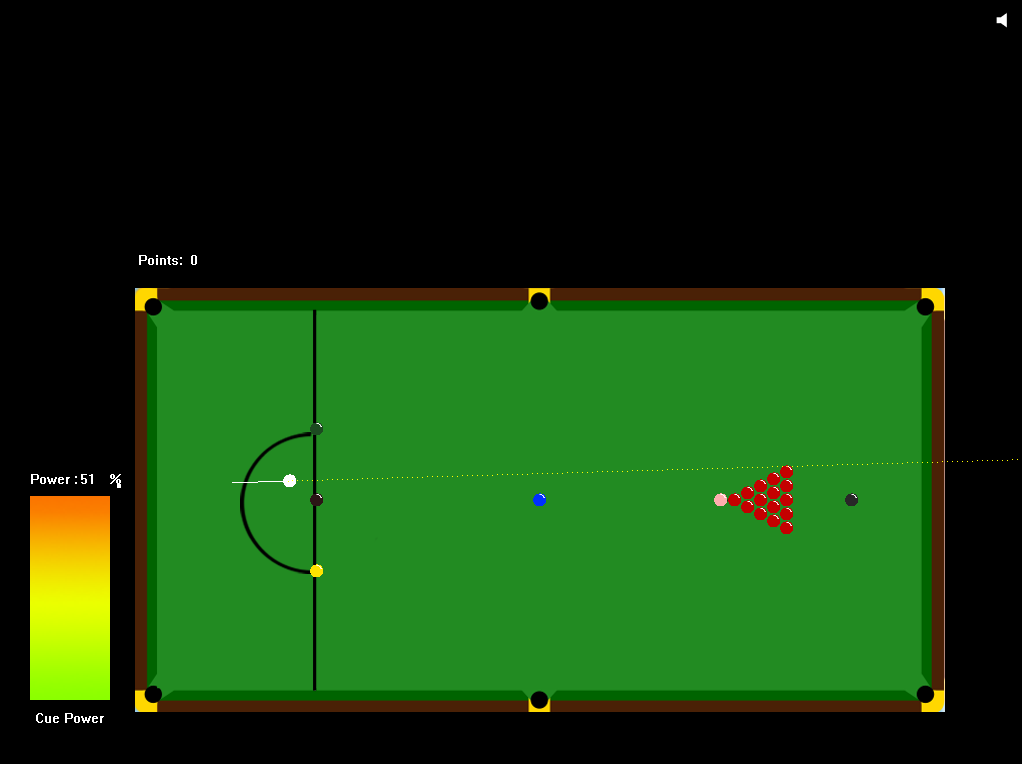 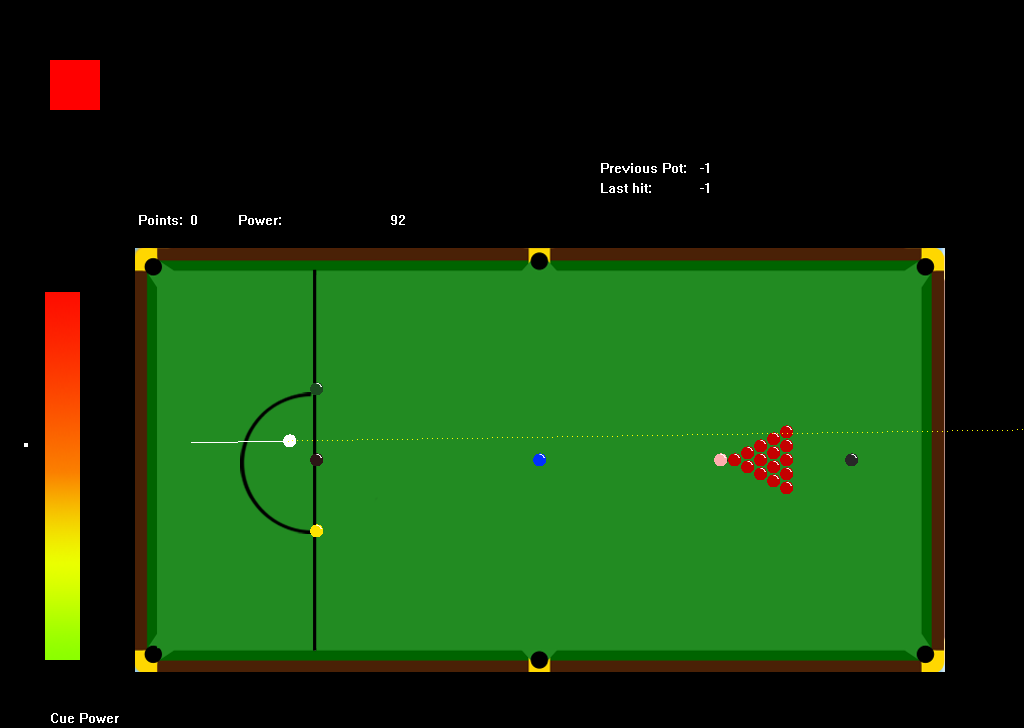 Although I have been busy with other University work I have made some progress with the project. 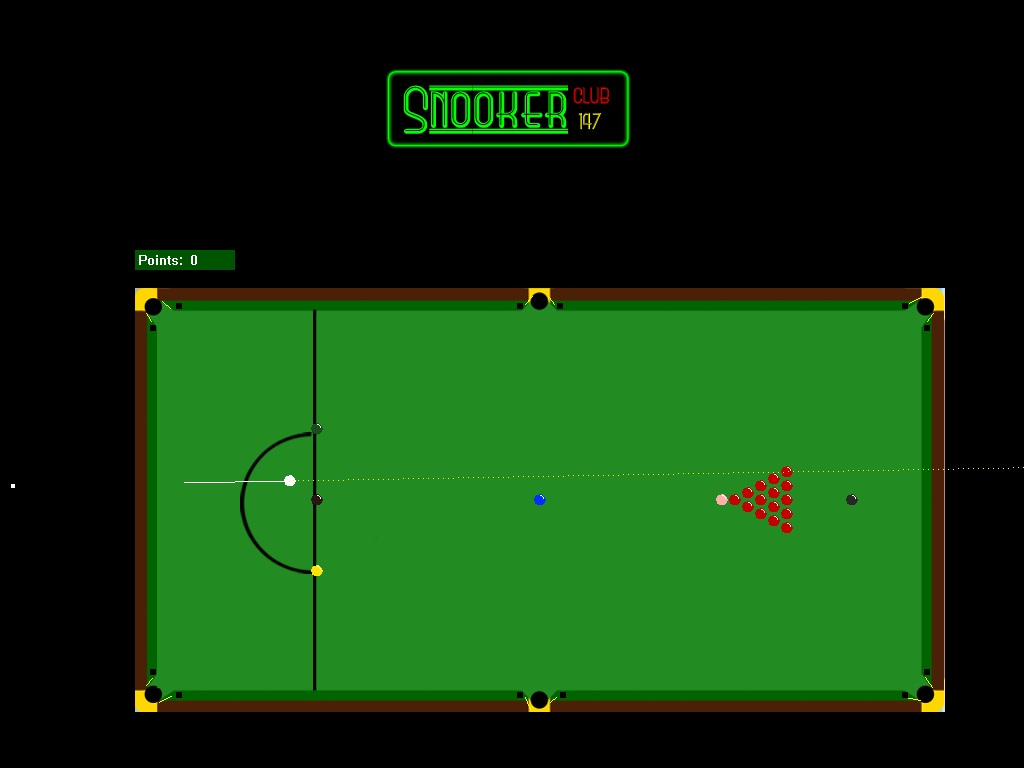 I have been using the DirectX 2D game engine for a while now and 2 weeks ago we learnt in University how to handle circular collisions and implement it into a pool game. After learning this I decided to build a Snooker game for a project because I enjoy playing Snooker and Pool games and thought it would be a fun project to partake.

I started the project by building the Snooker ball classes that use bmp images for different colour balls, I then implemented an aiming function which uses the unit vector of the position of the cue ball and mouse cursor position and when the user clicks it will fire the cue ball in that direction. I then added the ball collisions that calculates the velocity of the 2 balls after colliding using the standard elastic collision velocity calculation. I then added a bmp image of a snooker table and added boundaries to the balls so when they hit the cushions of the snooker table the ball will bounce back correctly. I then changed the boundaries to only reach the edges of each cushion of the snooker table. Using similar circular collisions like the balls I used circle collisions for the edge of each cushion as it is a similar shape and will generate similar results to a ball hitting the edge of a rectangle. 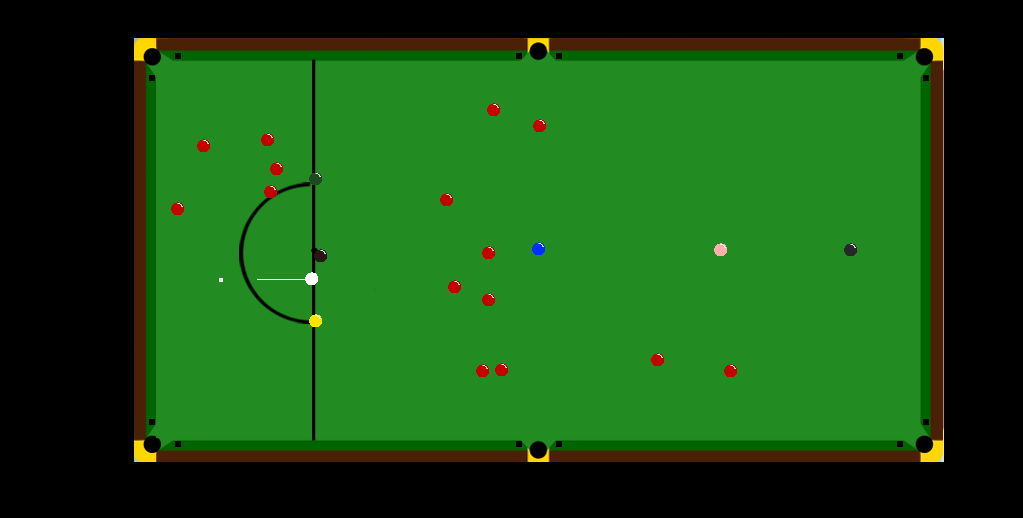 This is where I am up to with my Snooker game. So far I have: