Memoir was developed for a GameJam organised by Northumbria University and Eutechnyx. Tasked with creating a game that met the criteria set by the organisers, in under 2 days, I individually created this game prototype in Unity.

The criteria was “Create an engaging game that makes the player feel like a woman“, and also creating a game with an emotional response. I came up with the idea of experiencing the life events of a woman, through abstract interaction and presentation. Some story-telling and mechanics aren’t fully developed for the prototype, however the concept was to invoke feelings through these events as the player may relate or engage with the personal story. These events are told through text narration of the player characters’ memoir, which is simplified in the prototype with short lines for each section. But this could be developed further with a deeper story, to creating a more engaging game that would provoke an emotional response. 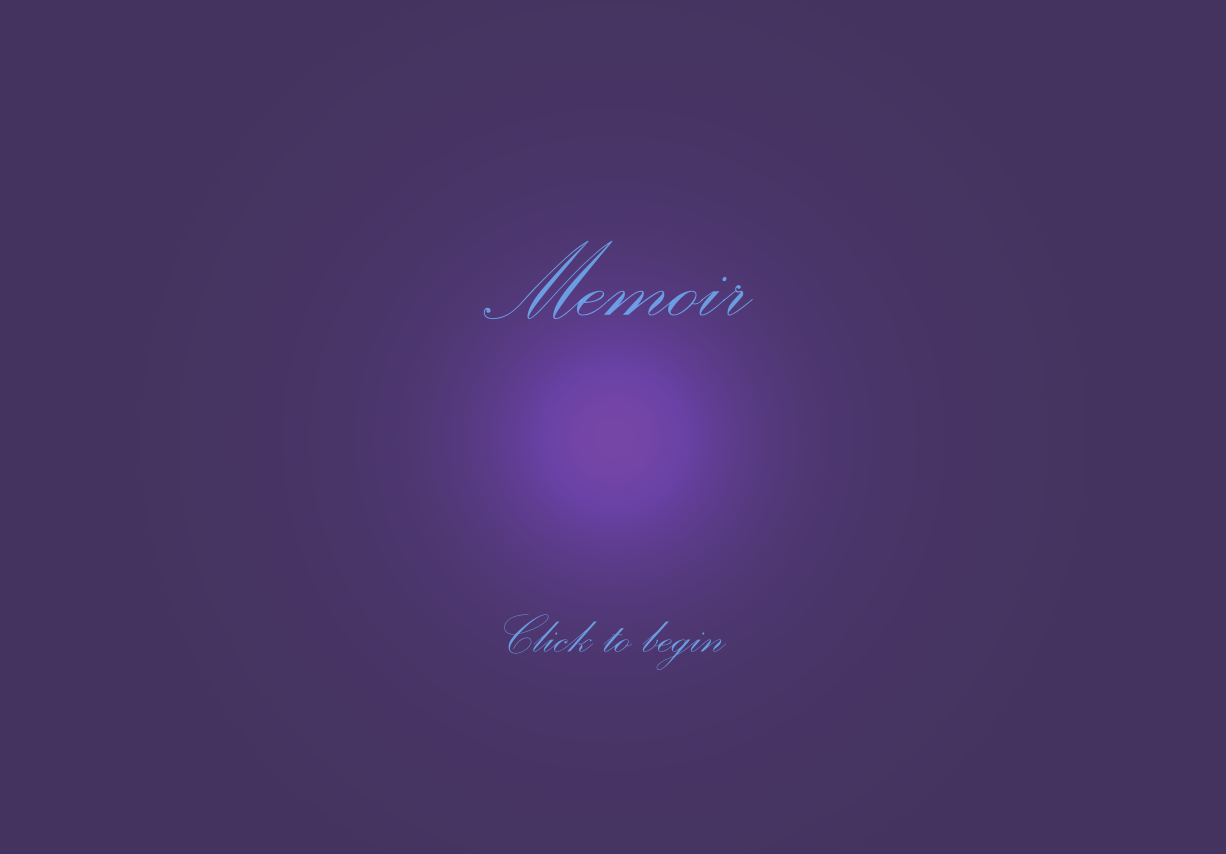