Earth Below was developed for a GameJam organised by Northumbria University and developers from local studios Eutechnyx and CCP. Tasked with creating a game that met the criteria set by the organisers, in under 2 days, I individually created this game prototype in Unity. 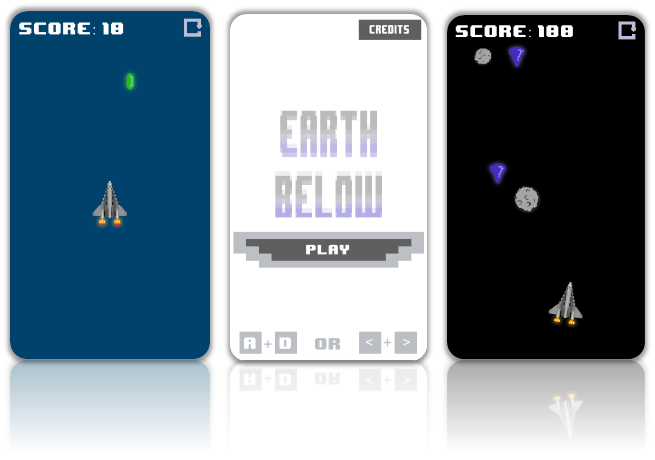 The criteria was “Create a game based on a song title from the 1980’s”, which could involve how lyrics, instruments, and sound can be translated into an interactive experience, and the consideration of both literal and interpretive use of a songs content.

For my submission, I chose the song Major Tom by Peter Schilling. The song tells the story of the character Major Tom launching into space, orbiting Earth, an accident occurring, and the character drifting and falling in space. The game follows this narrative with 3 stages of gameplay. The first allows the player to launch into space by collecting fuel pick-ups to continue moving upward. In the second stage the player has to manoeuvre around asteroids and collect pick-ups. For the third stage, once the player collides with an asteroid, they will eject from the ship, fall to Earth, and can fall through rings for additional points.